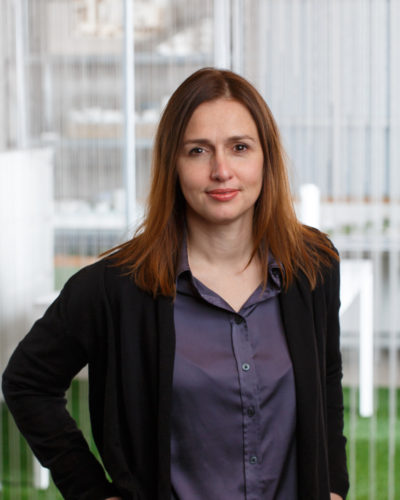 Since joining Moriyama & Teshima in 2006, Emmanuelle van Rutten has led the growth of Moriyama & Teshima’s Ottawa office, and has actively participated in the Strategic Planning of the firm. Emmanuelle, a Partner at MTA, has excelled as a Project Architect through high-profile buildings in Ottawa including Carleton University’s Richcraft Hall (previously: River Building), the Delegation of the Ismaili Imamat, the Canadian War Museum, the Parliament Hill Visitor Welcome Centre, and the West Memorial Building Rehabilitation project. Emmanuelle’s superior design and organizational expertise paired with her effective communication skills have propelled her to a leadership role on all of her projects, from the functional and technical programming stages through to completion.

She was named MTA’s Director for the National Capital Region in 2014 and a Fellow of the Royal Architectural Institute of Canada in 2019. Emmanuelle was Regional Director for Ontario North, East & Nunavut for the Royal Architectural Institute of Canada between 2016 and 2022 and has been a panel member at the Ottawa Urban Design Review panel since 2016. She continues to be involved with the Azrieli School of Architecture at Carleton University, her alma mater, both as a Professional Practice guest Lecturer and guest critic for the B.Arch and M.Arch programs.