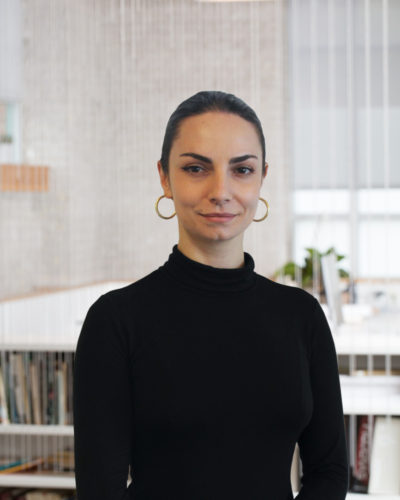 Jovana Randjelovic is a Proposal Specialist at Moriyama & Teshima Architects. Her combined experience as an architectural designer, researcher, and proposal specialist provides her with a wide range of tools to both understand and successfully respond to proposal requirements. She has worked on winning proposals for such projects as Mukwa Waakaa’igan Indigenous Centre of Cultural Excellence at Algoma University, the University of Waterloo New Mathematics Building, NSCAD University Port Campus Renovation, and the De La Salle College Arena Renovation.

Jovana received her Master in Architecture from the Mackintosh School of Architecture, at the Glasgow School of Art, and an Honours Bachelor of Arts from the University of Toronto. Jovana has worked and studied in Serbia, Italy, Scotland, Newfoundland and Toronto.

Prior to transitioning to proposals, Jovana was a Deputy Curator for Canada’s entry to the 2014 Venice Biennale titled “Arctic Adaptations – Nunavut at 15”, she was also a researcher for the Dubbledam Prix de Rome study in Sweden and Norway titled “The Next Green” and was the winner of the 2016 GSA Sustainability Degree Show Prize.