One of the primary points of inspiration for the design of the Canadian War Museum, completed by Moriyama & Teshima Architects in 2005, was nature. Ravaged landscapes have the remarkable ability to endure the devastation wrought by humans. Not only does nature survive – it regenerates and adapts.

The concept of regeneration is manifested in this building that appears immersed by the surrounding landscape of the Ottawa River. Its low-lying forms hug the earth, while its gently sloping green roof operates as a pedestrian walkway that hints at the museum’s multiple layers of meaning. In winter, it merges beautifully under a blanket of snow, as evidenced in these photographs! 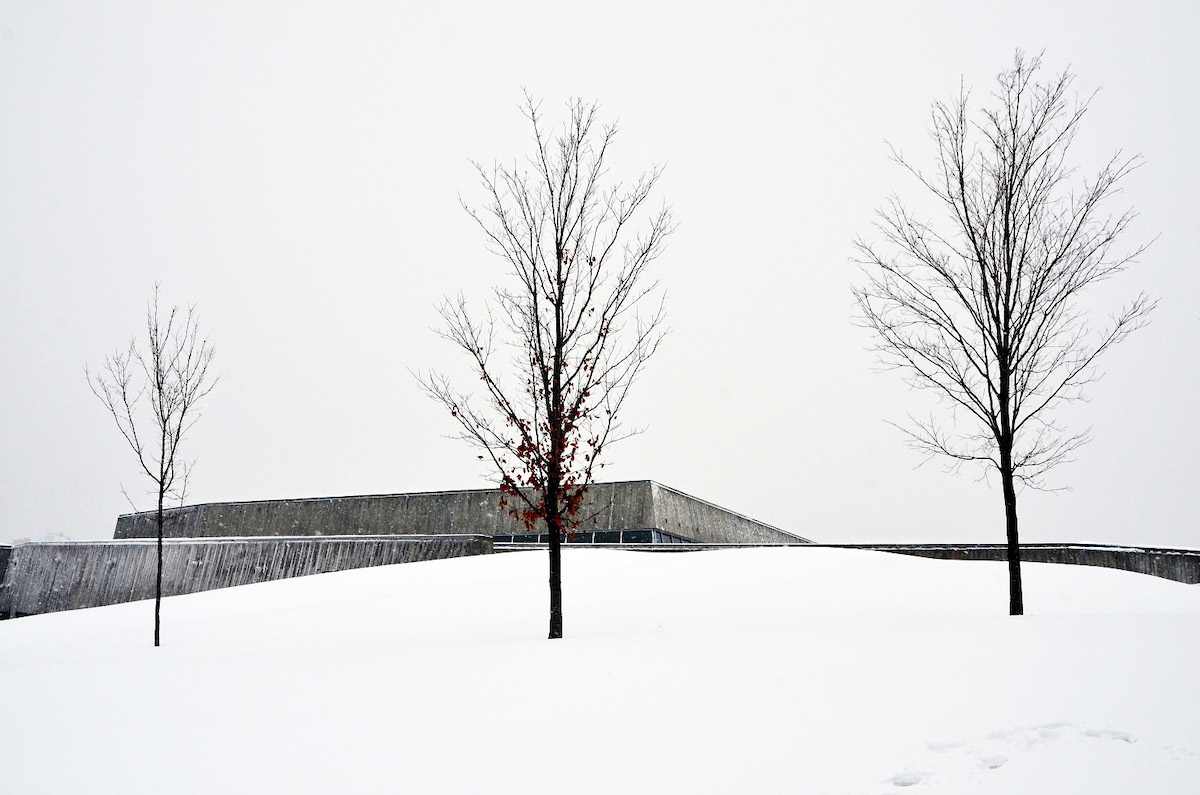 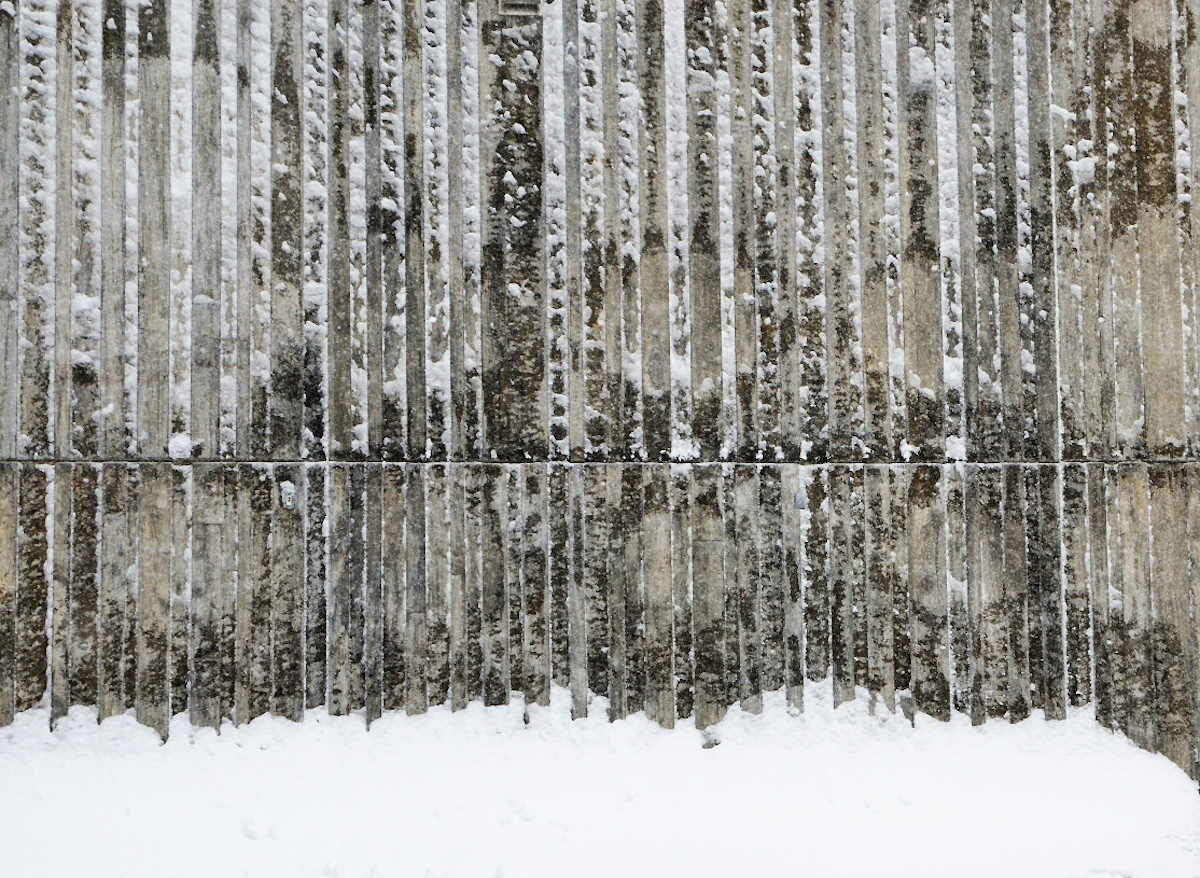 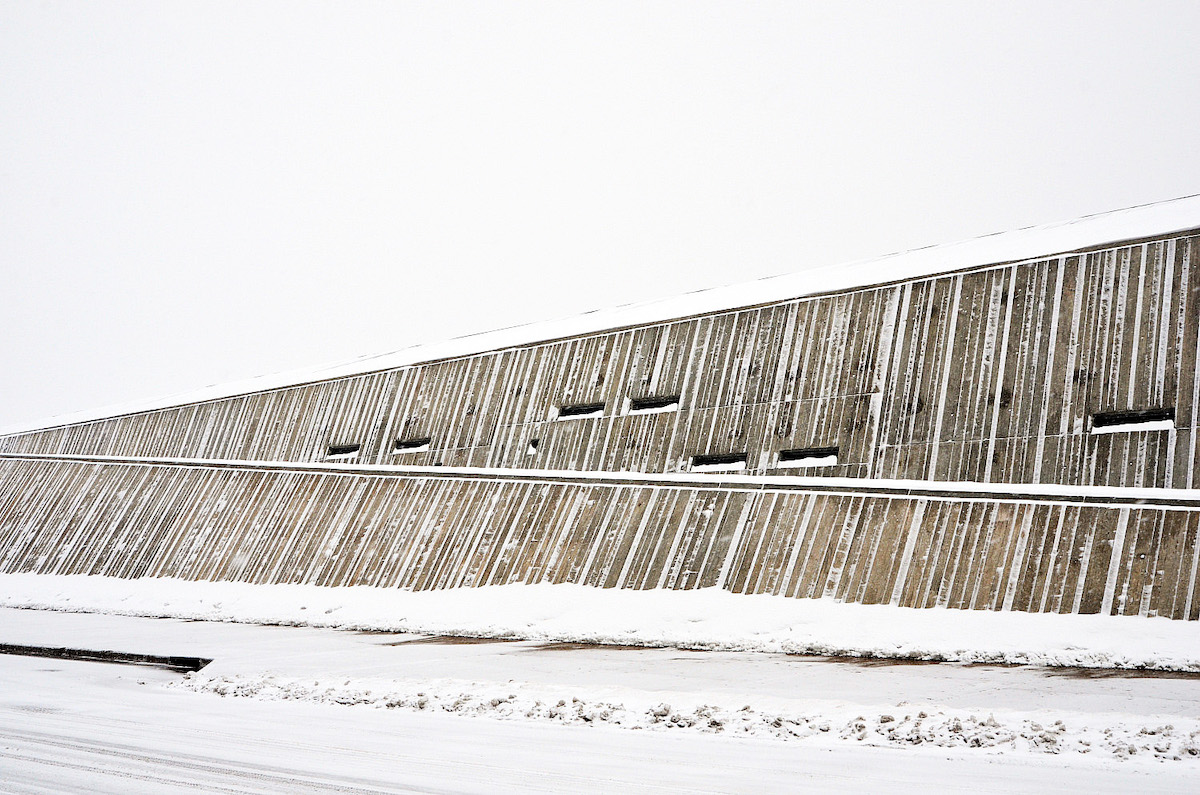