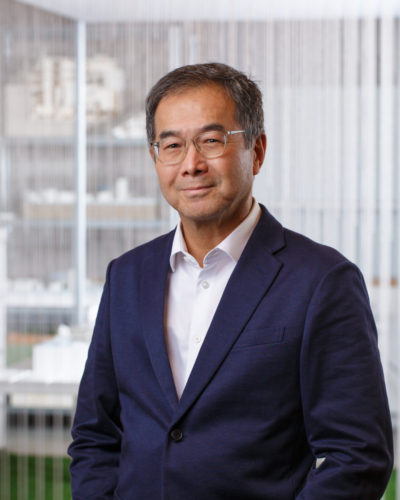 Since 1986, Daniel Teramura has been responsible for the design of many of Moriyama & Teshima’s most widely published projects including the Saudi Arabia National Museum, Guelph River Run Centre, Lakehead University’s New LEED Platinum Academic Building and York University’s Vari Hall.

Over the years, Daniel has developed a personal interest and profound expertise in architecture for higher education, developing Moriyama & Teshima’s international reputation as designers of unique, successful and enduring “Places of Learning.” Over his career with Moriyama & Teshima, Daniel has led 19 post-secondary projects at more than 22 universities and colleges in Canada and overseas, including the design for the ground-breaking Inter-professional Health Education Building (IPHEB) for Dalhousie University and the state-of-the-arts Queen’s University’s Teaching Space Complex.

Daniel’s abilities as a gifted designer and his quiet strength quickly earn him the lasting respect and admiration of his clients and Team members. His skills as a leader, facilitator and problem-solver stem from the fact that he has a genuine interest in people, in their perspectives and in the dynamics of communication that will define a successful Team and project.