Moriyama & Teshima Architects (MTA) is pleased to announce the appointment of new Partners, Emmanuelle van Rutten and Ronen Bauer. Both Emmanuelle and Ronen have been leaders in the evolution of our practice for more than 15 years, and their contributions to both our design portfolio and our firm’s culture cannot be overstated.

Emmanuelle is our Ottawa office lead, and since joining the firm in 2006 has fostered the growth of our business in the National Capital region in a significant way – actively strategizing the firm’s overall development. Ronen joined MTA in 2005 and has consistently showcased his strong design vision and leadership skills through a wide variety of project types, navigating challenges and excelling in high-pressure situations.

These are two formidable individuals that make MTA proud, both within our team, as well as in the community, and we are tremendously excited to see where they will lead the firm as Partners.

Emmanuelle has excelled as Project Architect, Project Manager, and in other key capacities through high-profile buildings in Ottawa including the Canadian War Museum, the Delegation of the Ismaili Imamat, Carleton University River Building, and the Canadian Museum of History. Emmanuelle’s superior design and organizational skills, strong knowledge of construction, and effective communication skills have propelled her to a leadership role on all of her projects, from the functional and technical programming stages through to completion. Her more recent projects include the Visitor Welcome Centre on Parliament Hill and the West Memorial Building Rehabilitation. Both projects were federal heritage projects requiring extensive approvals which Emmanuelle led. Since joining MTA, she has led the growth of the Ottawa office and became MTA Director for the National Capital Region in 2014. She has served the architectural community as the Regional Director for Ontario North, East & Nunavut for the Royal Architectural Institute of Canada, and in 2019, was named as a Fellow of the Royal Architectural Institute of Canada.

With over 15 years experience as a designer and Project Architect with MTA, Ronen’s experience includes a variety of high profile museum, university, college, government, and library projects. A talented designer and interpreter of design intentions, Ronen has demonstrated his expertise as the Lead Designer for the Canon Canada Headquarters, the Niagara Falls History Museum, Waterloo Region Museum, and Lakehead University’s LEED Platinum Academic Building. Ronen recently fulfilled the role of Project Manager for the Ryerson Centre for Urban Innovation, where he was instrumental in guiding a complex multi-stakeholder process and worked with City of Toronto planning department and heritage staff to secure the required approvals and permits. He is presently leading the design efforts on the McMaster Life Sciences Building and Greenhouse Addition and on the high-profile West Memorial Building, which will become the new temporary home of the Supreme Court Canada.

Please join us in congratulating them both! 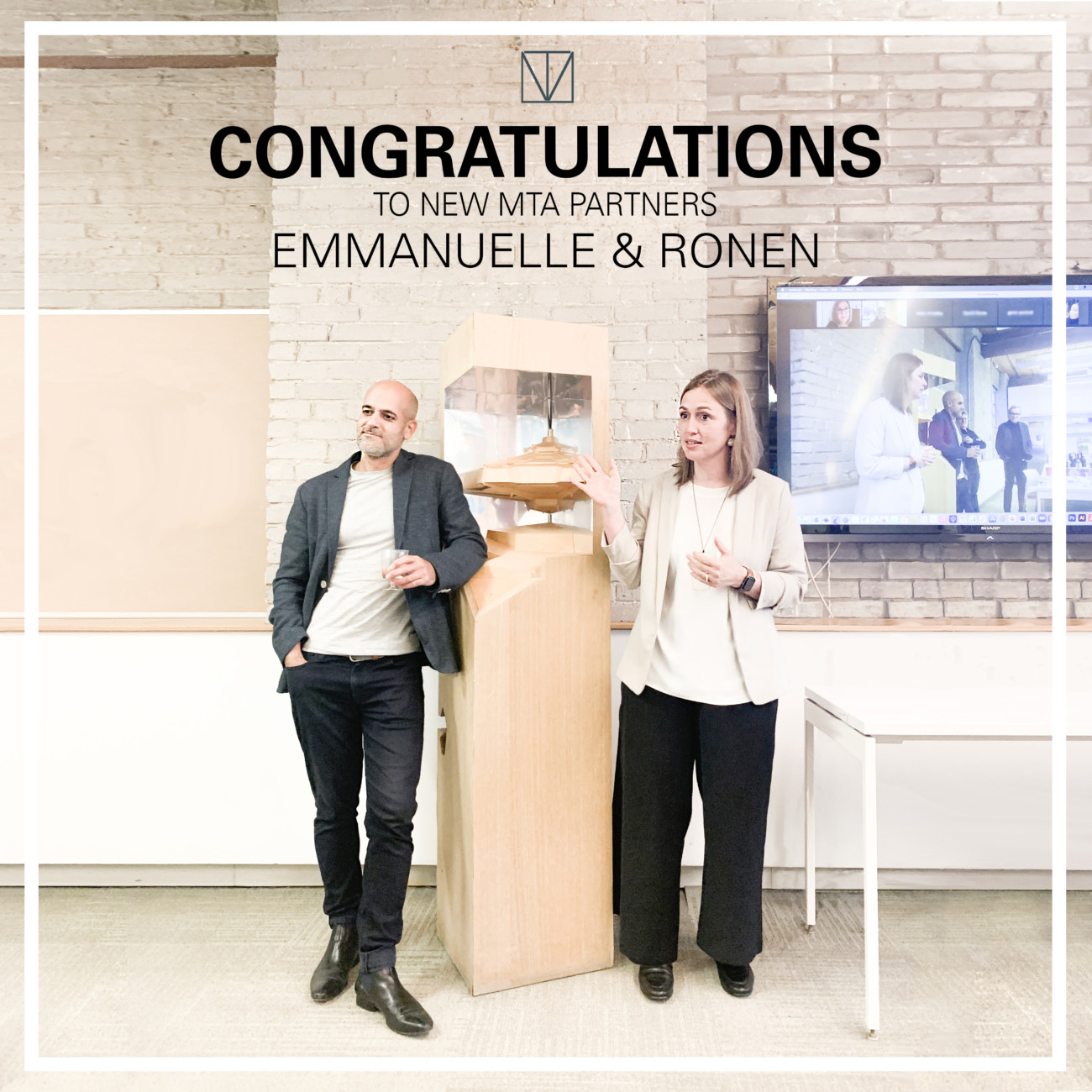