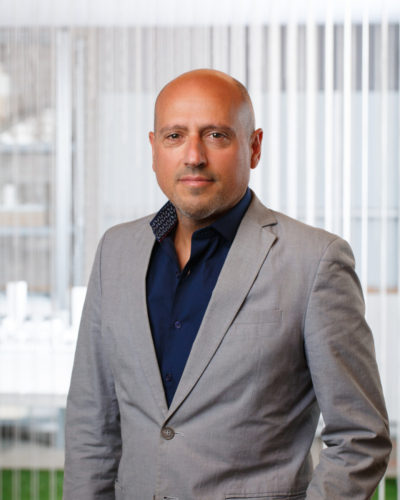 Since joining Moriyama & Teshima in 2000 Gene has played many key roles as Project Architect and Project Manager on a wide range of program types and scales while contributing his knowledge of design and construction to all phases of the project. Project Architect for the Keele Street Public School Addition & Renovation for the Toronto District School Board (TDSB), Gene he took the project from RFP and start-up, through to contract documents, building permit application and approval, site plan approval and tender process, and to the construction phase. Gene, together with the Partner in Charge, worked very closely with TDSB staff, community representatives and City Authorities resolving the many inherent and critical issues. Prior to his work on the Keele Street Public School Addition & Renovation, Gene was the Project Architect for the John McCrae Public School Addition & Renovation, and the Angus Morrison Elementary School Addition and Renovation, where he acted in a variety of roles beginning with initial meetings with the Simcoe County District School Board and school staff, to conceptual design and design development, and extending through to contract administration and final completion, while delivering the project under budget. With the Toronto French School and the University of Toronto New Science Building, he was part of the design and contract team from the inception of the project to the design development and contract document phases, and to the start of construction. With the Canadian War Museum and the University of Ottawa Multi-Disciplinary Facility, both in Ottawa, Gene was part of the design and contract team that interfaced with the Client and engineering consultants to ensure that all design decisions were implemented thoroughly.