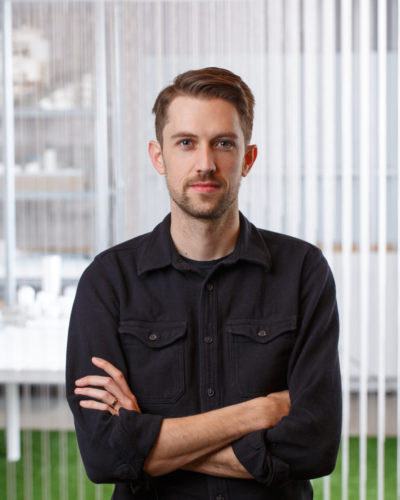 Will Klassen is an accomplished Project Manager with Moriyama & Teshima Architects. With over a decade of experience, he consistently shows an acute consciousness for careful and integrated design throughout his entire portfolio. When faced with challenges caused by complex urban areas, Will always applies carefully integrated design approaches that improve site efficiency and meet sustainability targets.

Will is currently leading the Nova Scotia College of Art and Design (NSCAD) Port Campus project. This renovation to the institution’s waterfront campus in Halifax promotes equity, diversity, inclusion and Indigeneity, and involves the redesign of critical studio and gallery spaces for the faculty. Before this, he was part of the Limberlost Place project team from the competition phase through the completion of construction documents. Will played a key part in both guiding the project through the Site Plan Approval process with the City of Toronto and gaining approval from Waterfront Toronto’s Design Review Panel. Will also worked as the lead designer on the Carleton University Transportation Hub in Ottawa, and led the feasibility study of a proposed update of Central Square at York University in Toronto.

With a focus in community programming, Will has been involved in a variety of high-profile civic buildings, and both primary and post-secondary projects. His contributions as a Designer for large scale public facilities include the award-winning Surrey Civic Centre in British Columbia and the Visitor Welcome Centre on Parliament Hill in Ottawa. Will has driven the success of many significant university projects, including the Goldring Student Centre at the University of Toronto, Toronto Metropolitan University’s Centre for Urban Innovation, and the Sheridan College Hazel McCallion Campus Student and Athletic Centre, Mississauga Campus. Will gained considerable primary and secondary school expertise as a Senior Designer and Planner on the John McCrae Public School and Keele Street Junior Public School for the Toronto District School Board, and as Project Manager on Holy Trinity Catholic Elementary School in Etobicoke.